Around the Horn
Starts in MLB Week 1 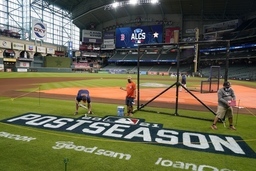 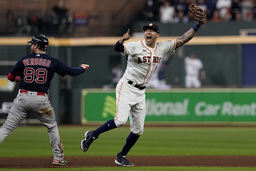 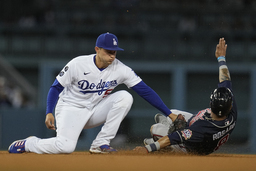 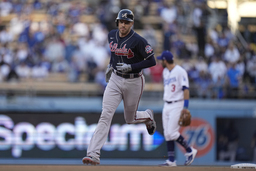 Negotiations have been taking place since last spring, and each side thinks the other has not made proposals that will lead toward an agreement replacing the five-year contract that expires at 11:59 p.m. EST on Dec. 1.

The luxury tax system that started with the 2003 season sunsets with the expiration of the labor contract, with the exception of completing accounting and payments for the 2021 tax year. Uncertainty over the 2022 season probably will cause high-spending clubs to delay reaching pricier player agreements.

MLB may attempt a signing freeze with the start of a lockout, or the marketplace might grind to a halt on its own, even more pronounced than the slowdowns of the 2017-18 and 2018-19 offseasons.

New York Yankees general manager Brian Cashman doesn't know the parameters of what he has to spend.

''I have yet to have the conversation yet with what potentials, acknowledging that we have budget commitments already in play and depending on how the new collective bargaining agreement works out over the course of time, hopefully sooner than later,'' he said.

Agents say they have received no guidance from the players' association. Some have braced for a two-week scramble to sign next March or later, whenever a lockout ends.

This lack of pace in negotiations is similar to what occurred in 1989-90, when the agreement expired Dec. 31 and owners announced on Jan. 9 that a lockout would begin Feb. 15 absent an agreement. A deal was reached March 1 and opening day was delayed a week until April 9, causing 78 games to be postponed and rescheduled.

Teams have proposed eliminating salary arbitration and allowing players to become free agents in the offseason after they turn 29 1/2 rather than the six seasons of major league service in place since 1976. They have proposed a lower luxury threshold along with a payroll floor. Players have refused for decades to consider a payroll floor, feeling it would lead to a salary cap.

Concerned with ''tanking'' by rebuilding teams and a slide in spending on major league payrolls, players want changes in the current deal, which calls for payrolls to be taxed above $210 million (using average annual values plus benefits) and includes surtaxes that went into place for 2017. Management's proposal called for the threshold to be dropped to $180 million, another factor that may gridlock many free agent negotiations.

Baseball was interrupted by eight work stoppages from 1972-95, the last a 7 1/2-month strike in 1994-95 that wiped out the World Series for the first time in 90 years. The closest the sport has come to another stoppage was in 2002, when an agreement was reached on Aug. 30 about 3 1/2 hours before players had been set to strike. That marked the first agreement without a stoppage since 1969.

As bargaining sputtered this year, the union began a grievance hearing before arbitrator Martin F. Scheinman on Sept. 27 on its claim that the 60-game schedule in the 2020 pandemic-affected season was too short. Jeffrey L. Kessler, the Winston & Strawn co-executive chairman, gave a four-hour opening argument on behalf of the union, a person familiar with the hearing said, speaking to The Associated Press on condition of anonymity because the sides have not commented on the session.