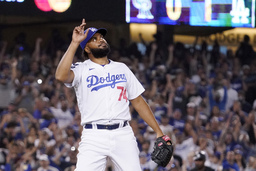 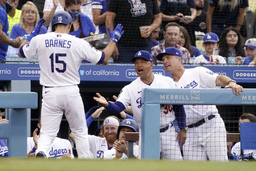 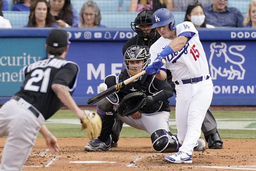 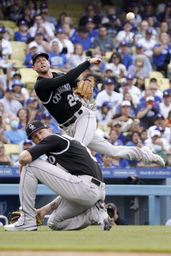 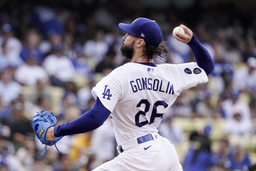 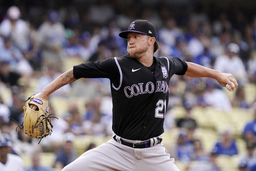 Jansen had blown saves against the San Francisco on Wednesday and Thursday, but pitched a scoreless ninth for his 22nd save in 26 opportunities. The right-hander, who allowed a combined seven runs in one inning his past two outings, issued a two-out walk to Ryan McMahon but got C.J. Cron to chase an 0-2 slider to end the game.

Manager Dave Roberts said he was happy that Jansen came out out of the bullpen to cheers instead of being booed.

''I know Kenley fed off of that. For him to close out a one-run game was big for all of us,'' Roberts said.

It is the Dodgers' ninth shutout, which is tied for fifth in the majors. Los Angeles was able to pick up a win despite missing injured outfielders Mookie Betts and Cody Bellinger along with infielder Max Muncy, who is on paternity leave.

Barnes connected on a slider from Kyle Freeland (1-5) and drove it into the left field stands in the second inning for his fourth homer of the season. Barnes came into the game with a .213 batting average but is 5 for 9 in his last four games.

''I have just been trying to slow it down and see the ball. I got a couple good swings tonight,'' he said.

It is the 12th time the Rockies have been blanked this season, which is the most in the majors. Colorado had 12 hits and four home runs in Friday's 9-6 victory in 10 innings, but tied a season low with only two hits.

''We just never got in a position to get a big hit. We weren't able to put any pressure on them,'' said bench coach Mike Redmond, who is filling in while manager Bud Black is on the COVID-19 list. ''They did a nice job pitching. We weren't able to sustain any type of rally.''

Tony Gonsolin (2-1) allowed only two hits, struck out seven and matched a season-high by going 5 1/3 innings. The bullpen, which had given up nine runs in 9 1/3 innings during the first five games of the homestand, allowed no hits and two walk.

''I was able to get some first-pitch strikes, which was really nice. I didn't fall behind in too many counts,'' Gonsolin said.

Barnes' homer was the only blemish on what was a strong outing for Freeland. The right-hander went a season-high seven innings with six strikeouts and gave up five hits.

''Everything was working well. I did a good job of keeping them off balance and getting weak contact,'' Freeland said.

STREAKING SINCE THE BREAK

Colorado's Charlie Blackmon had a double in the first inning and has hit safely in all seven games since the All-Star break. The right fielder is 12 for 28 with two home runs and seven RBIs since the break.

Rockies: INF Brendan Rodgers (calf) was held out for the second straight game. Redmond said he hoped Rodgers could return to the lineup on Sunday.

Dodgers: Bellinger (left hamstring) took grounders at first base, which could be an option on Sunday since it requires less running compared to the outfield. ... LHP Clayton Kershaw (forearm) threw a bullpen session and will pitch a simulated game on Tuesday in San Francisco. .... RHP Jimmie Sherfy (right elbow inflammation) was placed on the injured list and RHP Mitch White was recalled.