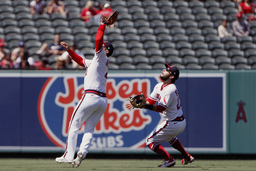 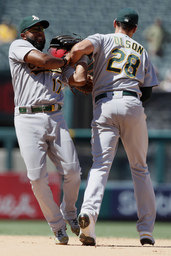 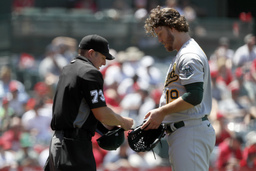 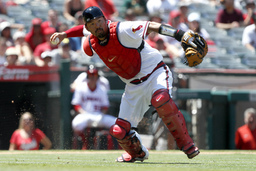 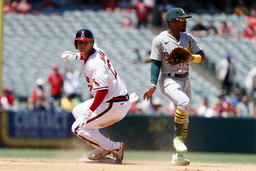 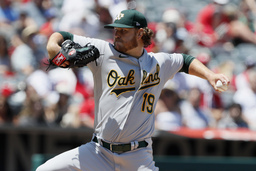 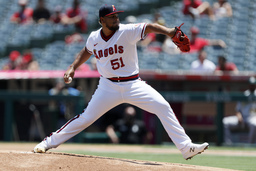 The Japanese two-way sensation lined a double to right-center in the third that drove in Matt Thaiss and ended the Angels' string of 29 straight scoreless innings against the Athletics. It was Ohtani's 82nd RBI of the season, one behind Toronto's Vladimir Guerrero Jr. for the major league lead.

Barria (2-0) was outstanding in his second start of the season as he pitched 6 2/3 innings and retired 10 straight at one point. The right-hander gave up six hits and struck out three with one walk and a hit batter.

It is the first time in Barria's career he pitched more than six innings and didn't allow an earned run.

''I started off real good with my fastball and wanted to be aggressive,'' Barria said through an interpreter.

Barria has won his last two starts and has thrown 12 2/3 consecutive scoreless innings since allowing back-to-back home runs in the first inning in his last start at Minnesota.

''He is throwing with more conviction. He believes he is going to throw to a good spot and the contact is not going to be that great,'' Maddon said.

Steve Cishek and Jose Quijada came on in relief, and Raisel Iglesias retired the final four batters for his 22nd save in 27 opportunities.

Irvin (7-10) also pitched well in his 6 1/3 innings with one run allowed on five hits with six strikeouts. The left-hander - who went to high school only 5 miles from Angel Stadium - let only two Angels to reach base after the third inning.

''For a hometown start, I'm pretty happy,'' he said. ''I was nervous after coming in from the bullpen. I had some jelly legs in the first inning but kind of got through it.''

Thaiss led off the third with a single, advanced to third on David Fletcher's single up the middle and scored on Ohtani's double.

Oakland's best chance came in the seventh when it loaded the bases with two outs after Sean Murphy and Tony Kemp got hits and Elvis Andrus reached on third baseman Jack Mayfield's error.

But Cishek came on and got Mark Canha to line out to left field to end the inning.

''We hit some balls hard in some key situations but certainly not enough offense. You would think we could have mustered a little bit more today,'' manager Bob Melvin said.

Athletics: Rookie RHP James Kaprielian was placed on the 10-day injured list retroactive to July 28 due to right shoulder impingement. ... C Aramis Garcia was optioned to Triple-A Las Vegas. ... RHP Domingo Acevedo and INF/OF Jacob Wilson were designated for assignment after C Yan Gomes and IF Josh Harrison were added to the 40-man roster after being acquired in a trade with Washington. Melvin said Gomes and Harrison will be in the lineup on Sunday.

Angels: Ohtani's next start might be pushed back a couple days due to soreness in his right thumb. He got hit in the dugout with a foul ball during Wednesday's game against Colorado.

Angels LHP Reid Detmers, the No. 10 overall pick in the 2020 amateur draft, will make his major league debut Sunday. The Athletics will call up RHP Daulton Jefferies, who will make his second career start.