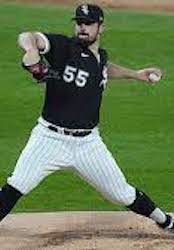 Rodon gets two starts after no-no

Week 4 brings a bevy of projected two-start pitchers, several of which have appealing matchups. Let’s get right down to business and discuss some of the ones that stand out, as well as a struggling pitcher who it might be best to leave anchored to your bench.

Gallen has emerged as not only the ace of the Diamondbacks’ staff, but as one of the best young pitchers in baseball. He stood out during the shortened 2020 season, posting a 2.75 ERA and a 1.11 WHIP. His FIP was less encouraging at 3.66, but his strikeout rate checked in at 28.2 percent. Heading into 2021, he was quickly rising up fantasy baseball draft boards.

Unfortunately for the Diamondbacks, Gallen began this season on the IL because of a hairline fracture in his right arm. He was able to make his debut Tuesday against the A’s, allowing one run and recording eight strikeouts across four innings. Neither the Reds nor the Braves have easy lineups to navigate, but whenever Gallen gets two starts, he needs to be locked into your starting lineup.

A change in scenery appears to have done wonders for Bundy. He struggled to start out his career with the Orioles, never finishing with a FIP below 4.38. He also had problems keeping batters inside the ball park, which included his 2018 season in which he allowed a whopping 2.2 HR/9. All that changed during his first season with the Angels considering he finished the 2020 campaign with a 3.66 FIP and allowing just 0.7 HR/9.

Bundy has done his best to show that last season was not a fluke, posting three straight quality starts to begin this year. He had a couple of tough matchups, too, against the White Sox and Astros. He’ll face the Astros again in Week 4, as well as a Rangers’ lineup that is among the more underwhelming compilation of hitters in the majors. That could leave Bundy with two valuable outings.

Rodon’s career has been marred by injuries. He’s never thrown more than 165 innings in a season and he threw a total of 42 1/3 innings across the last two seasons. Finally healthy, he’s off to a hot start this year, throwing 14 scoreless innings. That included a no-hitter against the Indians in his last outing that would have been a perfect game if not for him hitting one batter.

The schedule has worked in Rodon’s favor with his two starts coming against the Mariners and Indians. A favorable start this week against the Rangers should help, but facing the deadly Red Sox’s lineup is a cause for concern. With that being said, he’s pitching too well right now to consider benching.

The Yankees significantly remade their starting rotation this offseason, moving on from Masahiro Tanaka and J.A. Happ, and adding Taillon and Corey Kluber. Taillon only threw 37 1/3 innings in 2019 with the Pirates, and didn’t pitch at all in 2020, so it was reasonable to expect that his first season in the Bronx would come with an innings limit.

The Yankees aren’t going to push Taillon in the early going, so it should come as no surprise that he hasn’t pitched more than 4 2/3 innings in either of his first two starts. The Blue Jays hammered him in his last start, scoring five runs against him over 3 2/3 innings. Until Taillon shows that he’s able to pitch deeper into games, it might be wise to bench him, especially in a week that he has to face the potent Braves’ lineup.

Eovaldi is another pitcher who has battled injury issues. He took advantage of the shortened 2020 campaign, though, posting a 3.72 ERA and a 3.87 FIP across nine starts. His 1.20 WHIP was the second-best mark of his career, and that was with opponents posting a .336 BABIP against him. The key was that he cut down on free passes, posting a miniscule 3.5 percent walk rate.

The Red Sox have to be pleased with Eovaldi’s start to this season. He didn’t allow more than two runs in any of his first three starts, issuing 17 base runners over 17 1/3 innings. Facing the White Sox isn’t exactly appealing, but he did limit the Twins to two runs in his last start. Add in a favorable matchup against the Mariners and Eovaldi is a viable streaming option.