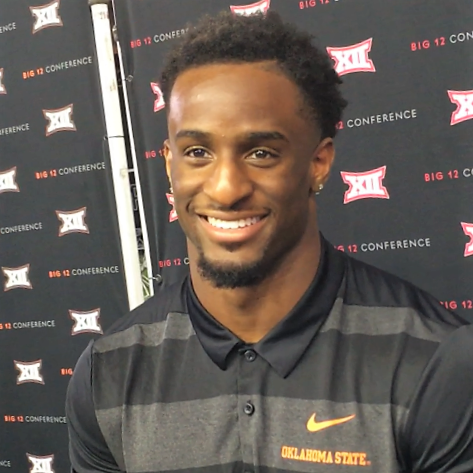 Baltimore Ravens rookie wide receivers Devin Duvernay and James Proche II appear to be likely candidates to field kick returns for the team today against the Cleveland Browns. Justice Hill (thigh) and Chris Moore (finger) are both ruled out for the game, giving Duvernay and Proche a more clear path to kick return duties. Duvernay, a third-round pick of the team this year, should also play at least a small role in the team's passing game to start the year. He's someone worth keeping an eye on in deep fantasy leagues.

Baltimore Ravens running back Justice Hill (thigh) and wide receiver Chris Moore (finger) have both been ruled out for Week 1 against the Browns. After a quiet rookie season in 2019, Hill doesn't have much of a path for a sophomore improvement in a backfield that also includes Mark Ingram II, Gus Edwards and promising rookie J.K. Dobbins. Hill's absence in Week 1 gives Dobbins some more helium as an RB3/flex against a beatable Browns Defense. Ingram, although not a sexy fantasy commodity, will be an RB2 as long as he remains the lead back in this high-powered offense. Moore is merely the No. 4 receiver behind Marquise Brown, Willie Snead and Miles Boykin.

Baltimore Ravens running back Justice Hill (thigh) and wide receiver Chris Moore (finger) did not practice on Wednesday. Hill saw just 55 carries in his rookie season and is behind Mark Ingram II and Gus Edwards on the depth chart, so he's firmly off the radar for starting lineups in Week 1 against the Browns. If Hill is inactive, it could mean a bigger role for rookie J.K. Dobbins in his NFL debut. Moore is just wide receiver depth in Baltimore behind Marquise Brown, Willie Snead and Miles Boykin, so he doesn't have any fantasy appeal to begin the 2020 season. Rookies Devin Duvernay and James Proche II have more fantasy upside in their first season.

Baltimore Ravens running back Justice Hill was once rumored to be the favorite to take over on the team's depth chart after the eventual departure of Mark Ingram II. However, with the organization selecting J.K. Dobbins out of Ohio State in the second round of the 2020 NFL Draft, Hill's value, at least from a fantasy perspective, isn't as high. Though the 22-year-old was a factor in the Raven's record-break rushing season in 2019, he could find himself off more fantasy rosters than on this upcoming season, primarily with the team needing to divide up ground attempts for Ingram, Dobbins, Lamar Jackson, and Gus Edwards throughout the year.

Baltimore Ravens running back Justice Hill played sparingly during his rookie season last year. Hill finished the year with just 66 touches after getting stuck behind Mark Ingram II and Gus Edwards. The Ravens added to their crowded running back room in the 2020 NFL draft when they used a second-round pick on J.K. Dobbins. That leaves an unclear role for Hill in 2020. Head coach John Harbaugh is still high on Hill, however, stating that he expects the sophomore runner to make a big jump. He also went on to tell reporters that there is a role for all four runners in Baltimore. Hill remains a deep dynasty stash but he may not be fantasy relevant until 2021 when Ingram is presumably out of the picture.