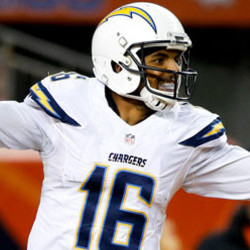 Las Vegas Raiders WRs Tyrell Williams, Nelson Agholor and Hunter Renfrow are currently expected to be the team's top three receivers on the depth chart, but general manager Mike Mayock recently acknowledged during a pre-draft interview with ESPN's Dan Graziano that 'we need to get better at wideout.'

Fantasy Spin: Williams started 2019 on fire with a touchdown catch and at least 11.9 PPR points in each of his first five games played but only reached those standards once in his final nine contests as his foot issues really began to take their toll. Don't be surprised if the Raiders add another wideout this offseason and Williams becomes more of a WR3/4 fantasy option.

Oakland Raiders WR Tyrell Williams (foot) is making good progress in his recovery from the plantar fasciitis he dealt with in both of his feet, according to sources.

Fantasy Spin: Williams had a great start to the 2019 season but had some problems during the final month of the season. He should be one of the starting receivers for the Raiders next season and could be a No. 3 receiver in some fantasy leagues.

Las Vegas Raiders wide receiver Tyrell Williams (foot) is making good progress from the plantar fasciitis issues he dealt with last season. In his first year with the Raiders, Williams caught 42 passes for 651 yards and six touchdowns. He only missed two games but was slowed by his foot issues, mostly in the second half. Williams started off with five touchdowns in his first five games, but he predictably fell off from there with just one more touchdown on the season. He gives the Raiders a downfield threat, but the problem is that quarterback Derek Carr doesn't often challenge defenses deep. If Las Vegas addresses the receiver position in free agency or the draft, Williams could have even more trouble being a consistent performer. As of now, he's a touchdown-dependent flex option.