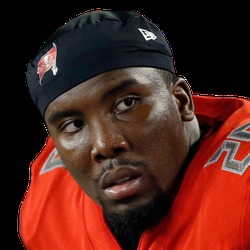 Washington Redskins RB Adrian Peterson is likely to see a reduced workload in 2020, due to the offseason acquisitions of RBs Peyton Barber and J.D. McKissic, the selection of RB/WR Antonio Gibson in the draft and the returns of RBs Derrius Guice and Bryce Love from knee injuries. However, there is a possibility that the Redskins could have multiple running backs on the field at the same time, based on early Zoom meetings Peterson has had with the coaching staff.

Fantasy Spin: Even if the 35-year-old Peterson ends up in a starting role for Washington, he should be viewed as no better than an RB3 or flex option at this stage of his career given the amount of competition on the roster. However, he is just 1,053 yards away from passing Barry Sanders for fourth place on the NFL's all-time rushing yards list, so there is plenty of motivation for Peterson to keep playing.

The Washington Redskins are signing running back Peyton Barber to a two-year deal worth $3 million on Tuesday. The deal includes $600,000 in guarantees. Barber entered the 2019 season as the starter in Tampa by default and ran the ball 154 times for 470 yards (career-low 3.1 yards per carry) and six rushing touchdowns in 16 games (seven starts). He added 16 receptions for 115 yards and another score. The 26-year-old lost playing time later in the season to Ronald Jones II and was merely a lottery ticket as a touchdown-dependent RB3/flex in deeper leagues. Landing in D.C. isn't the best place for him fantasy wise, as he joins a backfield consisting of Adrian Peterson, Derrius Guice and Bryce Love. Barber probably won't see many touches unless an injury or two opens up playing time for him.

Fantasy Spin: Barber will go from a timeshare with Ronald Jones in Tampa Bay to an even more crowded backfield in Washington. He's unlikely to be fantasy relevant while working behind Adrian Peterson, Derrius Guice and Bryce Love when all are healthy.