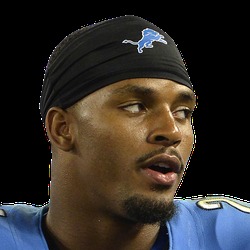 Free-agent RB Ameer Abdullah (Vikings) is expected to sign with the Carolina Panthers, according to a source.

The Carolina Panthers are expected to sign Ameer Abdullah, according to a source. Abdullah was just released by the Minnesota Vikings on Tuesday when they activated rookie running back Kene Nwangwu from Injured Reserve. The 28-year-old veteran had seen just seven carries for 30 yards and caught three of four targets for 17 yards in six games for the Vikings as the No. 3 behind Dalvin Cook and Alexander Mattison. With Christian McCaffrey (hamstring) on Injured Reserve, Carolina could use some more experienced depth behind rookie Chuba Hubbard and Royce Freeman, and Abdullah will provide that heading into a Week 7 meeting with the New York Giants.

Minnesota Vikings running back Ameer Abdullah will be on the active roster for the Week 3 matchup against the Seattle Seahawks. The veteran could get some chances out of the backfield, mostly on passing downs, if Dalvin Cook (ankle) can't suit up, with Alexander Mattison expected to do most of the heavy lifting in the run game. While Abdullah doesn't have appeal in standard leagues, he could be worthy of a roster spot in deep PPR formats.

The Minnesota Vikings released running back Ameer Abdullah on Tuesday and signed backup quarterback Sean Mannion to the 53-man roster in a corresponding move. Abdullah was just signed to the active roster last weekend, but he might eventually wind up back on Minnesota's practice squad. The 28-year-old had as many snaps as backup Alexander Mattison in the Week 1 loss to the Cincinnati Bengals, but he had just three touches in the game. Abdullah had only eight carries for 42 yards and caught eight passes for 58 yards and two touchdowns in 16 games last year. Minnesota only has Dalvin Cook and Mattison on their active roster at the moment at the running back position.

Minnesota Vikings running back Ameer Abdullah was signed to the team's active roster ahead of Sunday's game against the Cardinals. He played 10.8 percent of offensive and 14.7 percent of special teams snaps in Week 1. He also logged three total touches for 19 yards. The 28-year-old will fill a third-string role behind Dalvin Cook and Alexander Mattison.

Minnesota Vikings running back Ameer Abdullah is making a strong case to make the team's regular season roster. Abdullah has performed well during training camp and it has translated over to preseason action. Abdullah is trying to hold off A.J. Rose for a spot in the Vikings backfield but Abdullah may have the edge because he can contribute on special teams. Expect both Abdullah and Rose both to see playing time this weekend in the team's final preseason game.

Minnesota Vikings running back Ameer Abdullah carried the ball five times for 29 yards and added 12 receiving yards in the team's preseason matchup against the Broncos. With the Vikings choosing not to play Dalvin Cook or Alexander Mattison, the role for RB3 when the season begins was up for grabs between Abdullah and rookie A.J. Rose Jr. Abdullah posted some solid runs, but chalk up 'Round 1' to Rose, who posted 100 yards on 25 carries. Abdullah is years removed from the promise he possessed playing for the Lions and will need a strong showing in the final three preseason games to make the Week 1 roster.