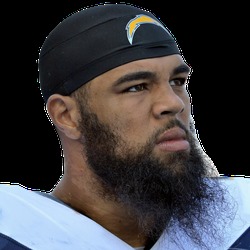 Los Angeles Chargers wide receiver Keenan Allen had a rough opening week against the Bengals and will look to get back on track versus the Kansas City Chiefs in Week 2. Allen was only able to muster four catches for 37 yards on eight targets in Week 1 with his new quarterback Tyrod Taylor. Allen is coming off of a 104-catch season and has consistently been one of the better options at his position. The loss of quarterback Philip Rivers to the Colts is expected to impact Allen, but he should still be able to put up strong numbers with Taylor behind center. The Chiefs are an 8.5-point favorite versus their division foe and thats a good sign that the Chargers could be behind and more likely to pass the ball. Allen also will be going up against a young Chiefs secondary and that could play to his advantage. He should be considered a WR2 heading into Sunday.

Fantasy Spin: It was a day to forget for pretty much everyone involved in the Chargers passing game, including Allen, whose 37 receiving yards were less than half of what he averaged per game last season. He'll try to rebound against the Chiefs in Week 2.

Los Angeles Chargers wide receiver Keenan Allen caught only four of his eight targets for 37 yards during the narrow win over the Bengals in Week 1. This was a disappointing performance from the veteran as he failed to make any noise for the fantasy managers who were hoping for more. With limited practice time due to COVID-19, Allen may have needed Sunday's contest to shake off any residual offseason rust. Despite his lack of production against Cincinnati, he should remain in the starting lineup in all fantasy formats against the Chiefs in Week 2.

Los Angeles Chargers wide receiver Keenan Allenhas at least 97 catches for at least 1,196 yards in each of the past three seasons, and he's scored exactly six touchdowns in each of those years. But that would've been hard to replicate in 2020, even if it were still Philip Rivers, not Tyrod Taylor under center. The Chargers are expected to run the ball more this year with Taylor as their quarterback, which would lower Allen's fantasy ceiling with fewer targets. Taylor never completed more than 60 passes in any season to any one receiver in his three years as starter for Buffalo. Rivers targeted Allen, on average, 148 times the last three seasons. But with Mike Williams (shoulder) likely out in Week 1 against the Bengals, Allen could see a steady share of targets as Taylor's go-to weapon through the air. He'll be a WR2 in the first game of the season.

Los Angeles Chargers wide receiver Keenan Allen has agreed to a four-year extension worth over $80 million. The veteran receiver is set to be quarterback Tyrod Taylor's top option this year and then rookie quarterback Justin Herbert's top option for the next three seasons after this one. Allen remains one of the NFL's most consistent wideouts and gets a boost in dynasty leagues now that we know he's going to be in a Chargers uniform for the next few season. In redraft, he remains a strong WR2, though there's a little uncertainty about how he'll look with the move from Philip Rivers to Taylor.

Los Angeles Chargers WR Keenan Allen on Saturday, Sept. 5, agreed to terms on a four-year contract extension worth $80 million, per his agent.

Fantasy Spin: Allen is hitting his prime having just turned 28 this spring, and despite having to make the adjustment to a new quarterback, remains a solid WR2 option, particularly in PPR leagues.

Los Angeles Chargers WR Keenan Allen is one of four receivers with at least 300 catches and 3,500 yards since the start of the 2017 season.

Fantasy Spin: Allen has been a high-floor WR2 for the last several years, and while he figures to be the go-to target in the passing attack again in 2020, a change at the quarterback spot could hurt his consistency a bit.

Los Angeles Chargers wide receiver Keenan Allen is a creative route-runner with an assortment of moves off the line of scrimmage that leave defenders out of place. Allen, who stands at 6-foot-2, 211 pounds, has three straight 1,000-yard seasons and has also gone over 100 catches twice in that span. The 28-year-old remains entrenched as the team's No. 1 receiver, but he'll be catching passes from either quarterback Tyrod Taylor or rookie Justin Herbert in 2020 after the team decided to let veteran Philip Rivers walk in free agency. That'll make fantasy owners hesitant to tab Allen with a WR1 price tag, but the shifty wideout should still make for a solid WR2 in PPR leagues.