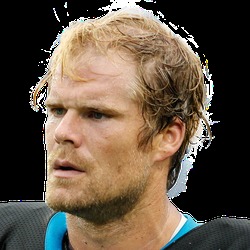 The Seattle Seahawks are signing former Carolina Panthers tight end Greg Olsen to a one-year, $7 million deal on Tuesday, according to a source. The deal includes $5.5 million in guarantees. Olsen visited with the Bills and Redskins before making the decision to go to Seattle. Will Dissly ruptured his Achilles in 2019, Ed Dickson is a candidate to be released and Luke Willson (unrestricted) and Jacob Hollister (restricted) are free agents. Olsen, a three-time Pro Bowler in 13 NFL seasons, should be the team's primary pass-catching tight end and will have low-end TE1 value with quarterback Russell Wilson throwing him passes. He was the first tight end in history to have 1,000 yards receiving in three straight seasons from 2014-16, but the 34-year-old (35 in March) has dealt with injuries in recent seasons.

Free-agent TE Greg Olsen (Panthers) is signing a one-year, $7 million contract with the Seattle Seahawks, according to a source. The deal includes $5.5 million in guaranteed money.

Fantasy Spin: Olsen turns 35 in March and has a history of injuries in recent seasons, which makes him a risky option in any fantasy setting. The addition helps QB Russell Wilson the most and hurts TE Will Dissly (Achilles), whose outlook already was questionable after consecutive seasons ending due to major injuries. Olsen is a fringe starter in 12-team fantasy leagues but has limited upside, substantial risk, and figures to be inconsistent given all of Seattle's other ways to attack.

Free-agent TE Greg Olsen (Panthers) is having contract negotiations with the Buffalo Bills, Washington Redskins and Seattle Seahawks, according to a source. Olsen met with all three teams over the last two weeks.

Fantasy Spin: Olsen has not officially said if he will play in 2020, but it appears he likely will play at least one more season. He likely would be the starter for all three teams and has a chance to be a low-end No. 1 tight end in deeper fantasy leagues.

Fantasy Spin: Olsen is a brittle option without a lot of upside, but he still has some TE2 clout in PPR leagues.

Free-agent TE Greg Olsen (Panthers) said he hoped to receive interest from the Chicago Bears once he became a free agent but that he has not been contacted by the Bears at this time.

Fantasy Spin: The Bears struggled at the tight end position this season, so they could check in with Olsen at some point. Olsen likely will be a starting tight end if he decides to play in 2020 and could be a low-end No. 1 fantasy tight end.

Fantasy Spin: Olsen is meeting with multiple teams over the next week and still has not announced if he will be playing next season. The Bills have Dawson Knox and Tyler Kroft on the roster, but Olsen probably would be the starting tight end if he signs with Buffalo. He can be considered a low-end No. 1 tight end in fantasy leagues if he plays in 2020.

Free-agent TE Greg Olsen (Panthers) shone some light on his split from the Carolina Panthers Tuesday, Feb. 4, and said the parting of ways wasn't really mutual. 'I told them all along that if they wanted me back ... obviously I would have been back,' Olsen said. 'The 'mutual parting' might have been a little overblown. The reality was ... they weren't going to bring me back ... I understood it but I didn't force my way out of here.'

Fantasy Spin: Either way, Olsen is now a free agent and has reportedly already paid a visit to the Seattle Seahawks. He stands to receive a boost to his fantasy value on nearly any other team than the Panthers, but will still be a TE2 to begin the season in all likelihood.

The Seattle Seahawks are interested in former Carolina Panthers tight end Greg Olsen, according to a source. The veteran tight end will take a visit to Seattle. That will be after he visits with the Bills and Redskins this week. From a fantasy perspective, Olsen going to the Seahawks and catching passes from quarterback Russell Wilson would make him the most attractive. He'd still be more of a low-end TE1 at risk of injury, however, since he hasn't played a full season in the last three years. Olsen has a broadcasting job waiting for him whenever he decides to retire, but it looks like he wants to play at least one more season.

Free-agent TE Greg Olsen (Panthers) will visit the Seattle Seahawks in the near future.

Fantasy Spin: Olsen is aging and probably shouldn't be taking as many snaps, but he has shown he can be productive in smaller increments. He'll be a PPR TE2 option wherever he lands.

Free-agent tight end Greg Olsen will visit with the Buffalo Bills and Washington Redskins this week, according to a source. Bills general manager Brandon Beane used to work for the Panthers, while Redskins head coach Ron Rivera coached Olsen with the Panthers. Olsen was officially released by Carolina on Monday. If he wants a shot to contend for the playoffs, Buffalo is the much better choice, but they already have Dawson Knox and Tyler Kroft at the tight end position. The 'Skins are much more in need of a tight end with Jordan Reed's (concussion) status unclear. Olsen was one of the best pass-catching tight ends in his prime, but he's battle through injuries the last three seasons and is nearing the end of the line. He'd be more attractive from a fantasy perspective in Buffalo, but as more of a high-end TE2.

Free-agent TE Greg Olsen (Panthers) is scheduled to meet with the Washington Redskins this week, according to a source.

Fantasy Spin: Olsen played for head coach Ron Rivera in Carolina and likely is a fit for the Redskins because of Jordan Reed's uncertain future. He would be a low-end No. 1 fantasy tight end if he signs with Washington.

Free-agent TE Greg Olsen (Panthers) is scheduled to meet with the Buffalo Bills this week, according to a source.

Fantasy Spin: The Bills have Dawson Knox and Tyler Kroft on the roster, but neither player posted big numbers in 2019. Olsen probably would be a reliable target for Josh Allen if he joined the Bills and likely will be a low-end No. 1 fantasy player no matter where he plays.

The Carolina Panthers officially released tight end Greg Olsen on Monday. Olsen will immediately become a free agent and is now able to sign with any team. The 34-year-old (35 in March) and the Panthers agreed to mutually part ways after Olsen spent the last nine years of his career in Carolina. He posted consecutive 1,000-yard seasons with 16 touchdowns between 2014 and 2016, but he has yet to play a full season since 2016 due to various injuries. Olsen could still contribute to another club if he can stay on the field, but depending on where he lands, his ceiling might only be as a high-end, touchdown-dependent fantasy tight end. He could still consider retiring and joining a broadcast booth if he can't find a situation to his liking.

Fantasy Spin: Olsen should receive interest from several teams if he decides to continue his playing career. He finished the season with 52 receptions, 597 yards and two touchdowns. Olsen could be a possible low-end No. 1 tight end in fantasy leagues if he plays in 2020.

Carolina Panthers tight end Greg Olsen, who agreed to part ways with the Panthers, would consider signing with the Washington Redskins and reuniting with head coach Ron Rivera, according to a person familiar with the situation. The soon-to-be 35-year-old needs to consider if he'll continue playing, and he'll have broadcasting opportunities to fall back on if he decides to hang up his cleats. Olsen remained healthy in 2019 and caught 52 passes for 597 yards and two touchdowns in 14 games. The three-time Pro Bowler could still be productive for a team, but he's also at risk of injury at his age and would have low-end TE2 value if he was playing for the rebuilding Redskins.

Carolina Panthers impending free-agent TE Greg Olsen likely will consider signing with the Washington Redskins this offseason if he decides to continue his playing career, according to a source.

Fantasy Spin: Fantasy players can keep an eye on the situation because Olsen may decide to retire. The Redskins have Jordan Reed, but his future is in question because of concussions. Olsen posted decent numbers this season and could be a low-end No. 1 tight end in deeper leagues if he continues his playing career.

The Carolina Panthers and tight end Greg Olsen have mutually agreed to part ways after nine seasons together. However, the three-time Pro Bowler who has played 13 NFL seasons said he still wants to continue playing. The 34-year-old was set to count $11.675 million against the salary cap in 2020. Olsen became the first tight end in history to have 1,000 yards receiving in three straight seasons from 2014 to 2016. Foot injuries forced Olsen to miss 16 combined games in 2017 and 2018. He managed to stay healthy last year, but he caught only 52 passes for 597 yards and two touchdowns. If he continues playing for another team, Olsen will likely be more of a low-ceiling, touchdown-dependent TE2.

Updating a previous story, Carolina Panthers TE Greg Olsen 'is said to be interested' in playing in 2020 for the right opportunity once he officially parts ways with the Panthers, according to Ian Rapoport of NFL Network Thursday, Jan. 30.

Fantasy Spin: Olsen's fantasy value in 2020 would entirely rely on where he plays. He doesn't have the same game-changing abilities he once had, but he could be a reliable red-zone target. He'll be a name to watch in free agency.

Carolina Panthers TE Greg Olsen mutually agreed to part ways with the team Thursday, Jan. 30. 'Today, I had the opportunity to sit down with (general manager) Marty Hurney and have a great conversation regarding my future with the organization,' Olsen said. 'The team and I are both on the same page that it is best we go in different directions for now,'

Fantasy Spin: It's unclear whether Olsen, 34, plans to continue playing. He had 52 receptions, 597 yards and two touchdowns in 2019. He's a high-end TE2 next season if he keeps playing.