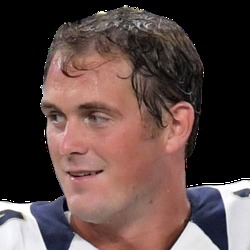 Minnesota Vikings quarterback Sean Mannion has been promoted to the active roster ahead of Sunday's game against the Cardinals. He was part of a similar transaction last week and ended up being active for the season opener. Rookie Kellen Mond was inactive, and the same is expected to be true in Week 2. Mannion, 29, hasn't appeared in a game since 2019 when he went 12-for-21 with 126 yards and two interceptions.

The Minnesota Vikings added running back Ameer Abdullah and quarterback Sean Mannion to the active roster from the practice squad for Week 1 against the Cincinnati Bengals. Before the move, Dalvin Cook and Alexander Mattison were the only two running backs on Minnesota's roster, so Abdullah will provide some extra depth at the position. The 28-year-old has mostly been a special teams player the last two years with the Vikes, carrying the ball only 31 times for 157 yards and no touchdowns. Mannion will serve as the No. 3 QB behind Kirk Cousins and Kellen Mond for the regular season opener. Both Abdullah and Mannion can be ignored in fantasy, for now.

Free-agent QB Sean Mannion (Vikings) reportedly agreed to terms on an undisclosed contract with the Seattle Seahawks on Saturday, July 31.

Free-agent QBs Josh Johnson and Sean Mannion are scheduled to work out for the New York Jets on Thursday, July 29.