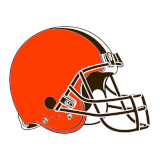 Cleveland Browns DE Olivier Vernon has a good chance to remain of the roster next season unless the team is able to sign free-agent DE Jadeveon Clowney (Seahawks) this offseason, in the opinion of The Cleveland Plain Dealer's Mary Kay Cabot.

Cleveland Browns CB Kevin Johnson's one-year contract with the team was officially announced Saturday, April 4. The deal has a maximum value of $6 million and a base value of $3.5 million.

Updating a previous report, Cleveland Browns S Karl Joseph new contract is a one-year deal worth $2.5 million. It includes a a $500,000 signing bonus, $1.5 million salary, a per-game roster bonus up to $500,000, a play-time incentive up to $1 million and postseason incentives.

Free-agent CB Kevin Johnson (Bills) is signing a one-year, $3.5 million contract worth up to $6 million with the Cleveland Browns, according to league sources Thursday, March 19.

Free-agent DT Andrew Billings (Bengals) signed Thursday, March 19, with the Cleveland Browns. Terms of the deal were not immediately available.

Updating a previous report, free-agent LB B.J. Goodson (Packers) agreed to a one-year contract with the Cleveland Browns. Financial terms were not disclosed.

Free-agent S Karl Joseph (Raiders) agreed to terms on a one-year undisclosed contract with the Cleveland Browns on Wednesday, March 18, according to a source.

Free-agent LB B.J. Goodson (Packers) agreed to terms with the Cleveland Browns Wednesday, March 18, according to sources. Terms of the contract were not disclosed.

Fantasy Spin: Garrett had 10 sacks in as many games before his suspension, and he was a solid DL1 in IDP leagues. Look for him as a mid-to-low DL1 in IDP drafts in 2020.

Cleveland Browns defensive end Myles Garrett met with Roger Goodell on Monday as he works toward reinstatement from his indefinite suspension. The NFL has not yet established a timetable for Garrett's reinstatement, although insiders seem to believe it is likely to happen soon. Garrett has been on his best behavior since the suspension and he could be ready for the beginning of the team's offseason program, which begins on April 6. Garrett missed the final six games of the 2019 season after hitting Pittsburgh Steelers quarterback Mason Rudolph over the head with his own helmet.

Cleveland Browns defensive end Myles Garrett will meet with NFL commissioner Roger Goodell within the next 60 days, and one league source expects Garrett to be reinstated from his indefinite suspension at that time. The pass rusher was suspended for the final six games of the 2019 season on Nov. 15 for ripping off Steelers quarterback Mason Rudolph's helmet and striking him with it. Garrett will be able to take part in the team's offseason program that starts on April 6 if he's reinstated. He had 10 sacks in 10 games before his suspension and is arguably the Browns best defender when he's on the field. He'll once again be a strong IDP option for the 2020 campaign.