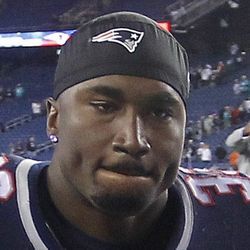 Lewis had a decent first season for the Titans, getting consistent work as a rusher and pass catcher. He was more of a third-down back late in the year with Derrick Henry finally emerging for the Titans offense. Lewis had double-digit carries eight times, but just once the last seven games. He did have a career high 59 receptions, having at least three receptions 11 of 16 games. Lewis had 917 total yards and two scores for the season. He should play a similar role this year, splitting work at running back but getting more chances in the passing game. Lewis is a small back with good moves and plus hands. He makes plays in space and can be an asset in the passing game. Lewis also doesn't do too badly between the tackles despite not being the biggest back.

FANTASY OUTLOOK: Lewis was 27th overall in fantasy running back scoring last year, mainly because of a lack of scores (just two touchdowns). If he can improve his touchdown totals just a little, he can be a top-20 fantasy back. Henry will carry the load at running back, but Lewis will get a lot of receptions and decent total yardage numbers. Look for around 1,000 total yards, 60 receptions and five or so touchdowns.

Last December, the Tennessee Titans took on the Jacksonville Jaguars on Thursday Night Football. Lewis entered the game as the Titans starter, playing 63% of the teams offensive snaps and rushing for an embarrassing 13 yards on 10 carries. To make matters worse, his backup, Derrick Henry, ran 17 times for 238 yards and four touchdowns despite only being on the field for 40% of Tennessees offensive snaps. Why are we bringing this up? Because this is what it took for the Titans to finally make Henry the bell-cow, rather than backing up a running back in the midst of one of the worst years of his career. Dion Lewis has no business doing anything other than catching passes and occasionally spelling Henry from time to time, but we simply cannot underestimate the Titans obsession with not giving Derrick Henry the ball. Henry is bigger, better, and younger, but the presence of Lewis will forever complicate things. If you dont trust Tennessees coaching staff to make smart decisions, Lewis might be worth taking a late-round flier on. Theres a chance that this backfield remains a time-share, even if it shouldnt. If nothing else, Lewis will likely remain the teams primary pass-catcher out of the backfield.

The New York Giants are signing running back Dion Lewis to an undisclosed one-year deal on Monday, according to a source informed of the agreement. Lewis was released by the Titans after carrying the ball just 54 times last season for only 3.9 yards per carry. He had only 25 catches for 164 yards in the passing game, too, and was very rarely used behind workhorse Derrick Henry. He should be expected to serve as a change-of-pace back behind Saquon Barkley in 2020, and he could have some RB3/flex appeal in PPR leagues if he's used more frequently than he was last year in Tennessee. Giants head coach Joe Judge spent 2015-17 with Lewis in New England.

Free-agent RB Dion Lewis (Titans) agreed to terms on a one-year contract with the New York Giants Monday, March 23, according to a source. Financial terms were not disclosed.

Fantasy Spin: Lewis likely will serve as the No. 2 running back for the Giants and see a handful of touches each game. He could be a late round option in deeper leagues or a handcuff to Saquon Barkley.

The Tennessee Titans released running back Dion Lewis on Thursday, according to a source. Lewis' playing time fell off dramatically last season as the backup to Derrick Henry, who the Titans plan to bring back at a big number. After running the ball 155 times in 2018 in his first year with the team, Lewis saw just 54 carries for 209 yards and no rushing touchdowns last season. He added 25 receptions for 164 yards and one score. A change of scenery might be good for the former fifth-round pick, and he could become relevant in PPR leagues again, depending on his destination.

Fantasy Spin: Lewis likely will find a job as a backup or change of pace back for a team. Fantasy players can keep an eye on the situation because he could have some fantasy value depending on his situation.

Tennessee Titans running back Dion Lewis could be a salary cap casualty this year. Lewis carries a $5.1 million salary for 2020, and the Titans can save $4 million if they cut him, with $1.1 million in dead money. He basically served in a change-of-pace role behind bell-cow Derrick Henry in 2019, carrying the ball only 54 times for 209 yards while adding 25 catches for 164 yards and a touchdown. The 29-year-old was important on third downs and can help pass protect, but the Titans may decide to move to a younger and less expensive option in the draft. Other potential cap casualties include kicker Ryan Succop, veteran tight end Delanie Walker and outside linebacker/defensive end Cameron Wake.

Tennessee Titans RB Dion Lewis is expected to be released in the offseason, in the opinion of ESPN's Turron Davenport. The move would save the team $4 million against the salary cap.

Fantasy Spin: Lewis can still be worthwhile in PPR, but he's not going to receive the touches in Tennessee to do it. He's someone to watch this offseason to see if he can land a bigger split to be an RB4 or RB5.

Fantasy Spin: With Derrick Henry emerging as a dominant workhorse back, Lewis basically became a non-factor in the Tennessee offense. It wouldn't be surprised to see him cut during the offseason, and he would have to catch on with a team in need of a third-down back to have any chance of fantasy relevancy.

Tennessee Titans RB Dion Lewis is set to cost $5.162 million against the 2020 salary cap and carries a $1.125 million dead-cap figure if he is released. The Titans would save $9.175 million over the next two seasons by moving on.

Fantasy Spin: Tennessee seems poised to explore cheaper options and may need every cent it can get to renew RB Derrick Henry and QB Ryan Tannehill as unrestricted free agents. The Titans currently project to have the 13th-most salary available. Lewis doesn't factor into fantasy football plans for 2020 without a clearly defined role as a pass-catching option in a new city.

Tennessee Titans LB Jayon Brown (shoulder) and WR Adam Humphries (ankle) did not practice all week and have been ruled out for the team's AFC Divisional Round game against the Baltimore Ravens. WR Cody Hollister (ankle) was limited in practice Thursday, Jan. 9, and is listed as questionable. OG Nate Davis (illness), CB Adoree' Jackson (foot), RB Dion Lewis (shoulder), WR Kalif Raymond (concussion) and LB Kamalei Correa (illness) practiced in full Thursday and have been removed from the injury report.

Tennessee Titans running back Dion Lewis is nursing a sore shoulder, but will also have a much tougher task than his teammate, Derrick Henry, when they face the Ravens on Saturday. It may be possible to assume that the Ravens will build a lead, which will cause the Titans to play Lewis and their pass-first offense over henry. However, even if Lewis sees more snaps, he's unlikely to be effective. The Ravens have given up the fewest receiving yards in the league to running backs since Week 10 and have not allowed a running back to catch a touchdown since Week 3. Lewis is best left out of fantasy lineups.

Tennessee Titans running back Dion Lewis (shoulder) was a limited participant in practice on Tuesday. Lewis should be able to play this Saturday against the Titans as the little-used backup to stud running back Derrick Henry. Even in this run-first offense, Lewis has just 54 carries this year for 209 yards and no rushing scores. It would have to be a blowout in Baltimore's favor for Lewis to have any chance of returning DFS value, and even then he's no lock to produce usable fantasy numbers. He's cheap on DraftKings ($3,700), but Lewis will be a desperation DFS lottery ticket as long as Henry is healthy.

Fantasy Spin: Lewis did well enough and is worth a look as a RB3 or flex fantasy option in Week 17 at Houston if Henry is unable to go again.

Tennessee Titans running back Dion Lewis (ankle) was added to the Week 16 injury report and got in a limited practice on Thursday. Somehow, Lewis has only 38 rushing attempts in 2019 for 134 yards (3.5 yards per carry) and no touchdowns. He's been M.I.A. in the passing game, too, catching 24 passes for 145 yards and one touchdown. Clearly he's been an afterthought behind workhorse Derrick Henry this year in Tennessee's run-first offense. Henry has been battling through injuries recently, but he's in no danger of sitting out in Week 16 against the Saints in a must-win game. Unless Henry misses time, Lewis can be left to fantasy benches.

Tennessee Titans running back Dion Lewis has been a fantasy afterthought up to this point in the 2019 season. Despite this, Lewis is one of the higher upside stash options heading into Week 15 of the fantasy season. With star running back Derrick Henry (hamstring) unable to practice all week, Lewis could be in for an expanded role even if Henry suits up in the divisional clash against the Houston Texans. Should Henry be ruled out this week despite his claim that he will play, Lewis would slot in as an automatic RB2 in the game with the highest point total on the slate.

Tennessee Titans running back Dion Lewis saw perhaps his largest role of the season a week ago as the Titans took on the Carolina Panthers. Lewis totaled 53 yards on just nine touches, but saw his workload decrease after he lost a crucial fumble. Expect the Titans to attempt to establish running back Derrick Henry early against a susceptible Chiefs run defense, but should the Titans fall behind early, Lewis could see an expanded role this week. Nonetheless, Lewis is not a recommended option in any format this week.

Tennessee Titans running back Dion Lewis had his most productive game of the 2019 season thus far in the Week 9 loss to the Carolina Panthers. Lewis got off to a hot start, with four rushes for 20 yards and five receptions for 33 yards. He was being utilized as the team's primary back over Derrick Henry in the first until he fumbled on a long run. Lewis would creep back into PPR RB3 territory if he continues getting this kind of volume in the receiving game, which is definitely possible next week when the team will likely be playing from behind against the Kansas City Chiefs.