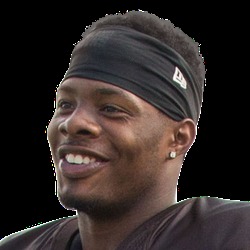 Coleman tore his ACL during the offseason last year and missed the entire season. He will try to work his way back and earn a roster spot for the coming season. Coleman has not lived up to expectations, having 61 career receptions in four seasons. His season high in catches came his rookie year, finishing with 33 receptions for 413 yards. Coleman does a great job of getting in and out of breaks. He can turn a short pass into a big play in a hurry. He still needs work on his route running and lacks size for the position. Coleman also has struggled with drops.

FANTASY OUTLOOK: Coleman has some talent but just can't seem to put it together. He is not worth a draft pick but might be a player to add if he starts getting playing time. He has some upside if on the field. But for now, expect around 20 receptions for 250 yards with a score or two.

The New York Giants re-signed wide receiver Corey Coleman to an undisclosed one-year deal on Monday, according to a source. Coleman, a first-round pick back in 2016 by the Browns, is seven months removed from a torn ACL that kept him out for all of the 2019 season, but he's expected to be ready for organized team activities. He'll turn 25 years old on July 6 and was expected to be the team's No. 3 receiver entering last season. In 27 career games in the NFL, Coleman has 61 catches for 789 yards and five touchdowns. He'll have to prove he's healthy this summer as he battles for playing time behind Sterling Shepard, Golden Tate and Darius Slayton. He might still be worth stashing in dynasty/keeper leagues, but 2020 will be a make-or-break season for him in those setups.

Free-agent WR Corey Coleman (Giants) agreed to terms on a one-year contract with the New York Giants Monday, March 23, according to a source. Financial terms were not disclosed.

Free-agent WR Corey Coleman (Giants) will likely be given another opportunity to make an NFL roster, according to an NFC personnel scout. 'I would be very surprised if he doesn't get that opportunity,' the scout said. 'But, he is running out of time. This might be the last chance.'