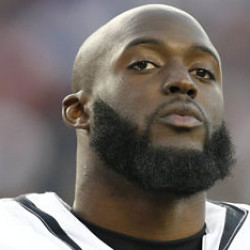 Fournette was a huge fantasy bust last season, having injury issues throughout the season that limited his playing time and effectiveness. He played eight games and managed just 624 total yards. He did have a nice three-week stretch of games in Weeks 10 through 12, showing his promise. He had scores each of those games and more than 100 total yards all three of those games. He did not top 50-rushing yards the rest of the way, though, and missed two more games because of injury. Fournette will continue to be the lead back for the Jaguars and carry the load for the team, hoping to put last season behind her. Remember, he had nearly 1,400 total yards his rookie season. Fournette is a big back that can carry the load. He runs with a lot of power but also has the speed to make plays to the outside. Fournette doesn't have great moves in space and some injury concerns as evident by his first two years, but is a pretty complete back at this stage of his career. He also isn't a bad pass catcher.

FANTASY OUTLOOK: Fournette is capable of being an elite fantasy back but is a concern after last year. Plus, he hasn't been able to stay healthy two straight seasons. Take him as a top No. 2 back and hope for the best. He can get around 1,400 total yards, double-digit scores and 40 receptions.

When it comes to Ryquell Armstead in 2019, we can be absolutely certain that he will have zero fantasy value as long as Leonard Fournette is playing football. The thing with Fournette is he doesn't have a particularly good track record of playing football. Fournette missed three games as a rookie and half the season as a sophomore. For those of you disinterested in doing any math, he has missed 11 out of a possible 24 games. Enter Armstead, a fifth round rookie with 94th percentile speed and 60th percentile agility. Armstead is the quintessential two down grinder (he only caught 29 passes in 46 collegiate games). The competition behind Fournette is between Alfred Blue, Benny Cunningham, and Thomas Rawls. It is not a stretch to suggest that Armstead can and should beat out all of them. We know who these guys are at this point (not good). Armstead could enter the season one Fournette injury away from a 50-60% opportunity share. In standard sized leagues, he should not be drafted, but in deeper leagues, you won't find 18th-20th round picks with any real plausible upside. He's a very deep sleeper, but one to be cognizant of as training camp and the preseason move along.

Jacksonville Jaguars RB Leonard Fournette may not have his fifth-year optioned exercised, according to John Reid of The Florida Times-Union.

Fantasy Spin: Fournette is coming off a strong 2019 campaign, but while he stayed relatively healthy and made progress as receiver, injuries remain a concern. It wouldn't be a surprise to see Jacksonville wait and see how he holds next year up before picking up his option or talking an extension. In the meantime, Fournette should at least be a high-floor, volume-based RB2 in 2020.

The Jacksonville Jaguars must decide this offseason if they will pick up running back Leonard Fournette's $10.1 million fifth-year option for 2021. It's an interesting decision because they are limited for salary cap space, so they could decline the option and wait to see how he performs in 2020 before considering a contract extension. The 25-year-old had 265 carries for a career-high 1,152 yards, but he rushed for only three touchdowns in 15 games. It's Fournette's second 1,000-yard season in his three seasons. Despite the lack of TDs in 2019, he should be seen as an RB1 in a run-first offense next season. He has yet to play in a full season, though, so he's a bit risky as an RB1.

Jacksonville Jaguars QB Gardner Minshew completed 27-of-39 passes for 295 yards, three touchdowns and a touchdown in a Week 17 win against the Indianapolis Colts. RB Ryquell Armstead, who filled in for the injured RB Leonard Fournette, posted 10 runs for 33 yards while adding five grabs for 52 yards and a score. WR Dede Westbrook led the team with seven grabs, 72 yards and a score, while WR Keelan Cole had three catches for 67 yards and a visit to the end zone. WR Chris Conley finished with three catches for 38 yards, and WR DJ Chark Jr. posted four receptions for 34 yards on his five targets.

Updating a previous report, Jacksonville Jaguars RB Leonard Fournette (illness) tweeted Saturday, Dec. 28, that he doesn't expect to play in the Week 17 game against the Indianapolis Colts. He was downgraded earlier Saturday to doubtful. 'Unfortunately I want be able to play tomorrow due to the flu I have, my brothers know I wish I can ball with them, hopefully I see some of them same faces on my team next year,' Fournette posted on his Twitter account.

Fantasy Spin: Rookie Ryquell Armstead is the next man up, and will be a rock-solid RB start if Fournette does indeed miss his first game of the season.

Jacksonville Jaguars running back Leonard Fournette (illness, neck) has been downgraded to doubtful for Week 17 against the Colts. Cornerback A.J. Bouye (wrist) has also been ruled out. Fournette will finish with his second 1,000-yard season in three years and a career-high 1,152 rushing yards in 15 games, but he found the end zone just three times all season. The good news is he was involved in the passing game more in 2019, with 76 receptions and 522 yards. His previous high in catches was 36 in his rookie campaign. Fournette was still a top-10 fantasy back, and he could be a value pick in 2020 if he can score more. Rookie Ryquell Armstead should see most of the work on Sunday in Fournette's place, but he makes for a low-upside RB3 while likely sharing work with Devine Ozigbo. Bouye's absence is good news for Colts receiver T.Y. Hilton on the outside.

Jacksonville Jaguars RB Leonard Fournette (illness) on Saturday, Dec. 28, was downgraded to doubtful for Week 17 with an illness.

Fantasy Spin: Fournette has played in all 15 games so far and is averaging a massive 22.7 touches per contest, but it's looking like he'll fall just short of playing his first full season. Hopefully, though, his fantasy owners who are still playing have handcuffed him with Ryquell Armstead. We're all going to need to check the pre-game inactives list Sunday.

Jacksonville Jaguars RB Leonard Fournette (neck) did not participate in practice Friday, Dec. 27, and is listed as questionable for Week 17.

Fantasy Spin: Fournette has missed the last two days of practice, so there is a chance that he misses the Week 17 game. He should be a starting option in all leagues if he is active, but fantasy players will need to have other backs available in case he is ruled out.

Fantasy Spin: Fantasy players should keep an eye on the situation to see if Fournette is in any danger of missing the Week 17 game. He should be a starting option in all leagues if he is active for the game.

Fantasy Spin: Given that he is limited on a Wednesday and not sitting out entirely, it should be viewed as a positive sign for his availability vs. Indy. The matchup isn't exactly ideal, but Fournette is a fringe RB2 or better flex option in PPR this week. His pass-catching ability has salvaged value most of the way.

Jacksonville Jaguars running back Leonard Fournette managed to make the most of a rough game for his team in Week 16, taking his 15 carries for 71 yards and adding 34 receiving yards on three catches. He was the most productive member of the Jaguars by far in this one and continued his strong presence in the passing game. That addition to Fournette's game this year has been a big boon for fantasy owners this season, as Fournette's value in PPR leagues has seen a marked increase.

Jacksonville Jaguars RB Leonard Fournette rushed for 71 yards on 15 carries against the Atlanta Falcons in Week 16. He also caught three passes for 34 yards during the game.

Fantasy Spin: Fournette was coming off a few disappointing weeks but bounced back with a solid performance this week. He will continue to receive most of the carries in the running game and can be a No. 2 running back in most fantasy leagues.

Jacksonville Jaguars running back Leonard Fournette hasn't surpassed 50 rushing yards over the last three games that Jacksonville has played, but his increased work in the passing game gives him solid upside in Week 16 against a Falcons Defense that's near the middle of the pack in fantasy points allowed to opposing running backs. Fournette carries risk with him, but it's hard to ignore a player who'll get at least 20 touches, even if his recent efficiency has been concerning.

Jacksonville Jaguars RB Leonard Fournette rushed 15 times for 42 yards and caught five of his seven targets for 31 yards in a 20-16 win over the Oakland Raiders in Week 15.

Fantasy Spin: Fournette has been held to 50 rushing yards or less in three straight games, but fortunately for fantasy owners, his increased role in the passing game this year has allowed him to salvage decent point totals more often than not. At worst, he should be a volume-based RB2.

Jacksonville Jaguars running back Leonard Fournette performed adequately in Week 15 against the Raiders. He rushed the ball 15 times for 42 yards while adding 5 receptions for 31 yards on seven targets. You can live with the production in PPR, but it's a bit of an underwhelming performance for non-PPR. Fournette has been held without a touchdown and under 100 total yards in three straight games now. He'll look to break that streak in Week 16 when the Jaguars face the Falcons.

Despite struggling in Week 14 against the Chargers, Jacksonville Jaguars running back Leonard Fournette should still be considered a solid RB2 in Week 15 against the Oakland Raiders. Fournette dominates the backfield touches on this Jaguars team and has seen his role as a pass-catcher increase over the past three games. The Raiders Defense hasn't offered too much resistance to opposing backs this year and are also allowing the fourth-most receiving yards to running backs. With D.J. Chark out, expect quarterback Gardner Minshew to rely more on Fournette as a receiving option as well, setting him up for what should be a solid outing.