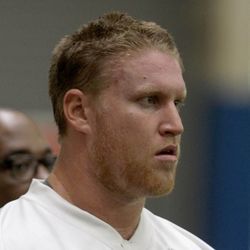 O'Leary got little work in a reserve role for both the Dolphins and Jaguars last year. He had 13 total receptions on the season, getting most of his work in two games. He had two four-reception games on the season. O'Leary signed with the Raiders this offseason and likely serves as the No. 3 or 4 tight end for his new team. O'Leary s a solid blocking tight end, which helps his chances for playing time. O'Leary is a decent pass catcher and good athlete for the position. He can make the acrobatic catch.

FANTASY OUTLOOK: O'Leary could have a big game or two but isn't going to help fantasy teams unless injury occurs. He just won't see the field enough. He might get around 10 catches for 100 yards with a touchdown.

Las Vegas Raiders TE Nick O'Leary (heart) underwent two procedures last month after being diagnosed with 100 percent blockage on the right side of his heart. He is expected to make a full recovery and hopes to return to play in the 2021 season. 'I feel good,' O'Leary said. 'I feel better than I did before. I've got to be on blood thinners for six months to a year. That's really the only reason now why I can't play football. If I (got cut), they said that would be the biggest problem, wouldn't be able to stop the bleeding.'

The Las Vegas Raiders re-signed tight end Paul Butler to an undisclosed deal on Thursday. In a corresponding move, tight end Nick O'Leary (undisclosed) was placed on the Reserve/Non-Football Injury list. Butler hasn't appeared in a regular season game in two years in the NFL with the Raiders and Lions. O'Leary was signed as a free agent after catching 13 passes for 109 yards and a touchdown in 12 games (five starts) with the Jaguars and Dolphins in 2019. He was buried on the tight end depth chart to begin with, behind Darren Waller, Jason Witten and Foster Moreau. Las Vegas also has Derek Carrier and rookie Nick Bowers at the position.

The Las Vegas Raiders signed tight end Nick O'Leary to an undisclosed deal on Saturday. O'Leary played in seven games with the Dolphins and five games with the Jaguars in 2019, catching just 13 passes combined for 109 yards and one touchdown. The former sixth-round pick of the Bills in 2015 has 53 receptions for 668 yards and four touchdowns in five seasons in the NFL and is mainly a blocking tight end. He'll fill in as depth for the Raiders behind Darren Waller, Jason Witten and Foster Moreau. O'Leary will have zero fantasy appeal for the upcoming season.

Free-agent TE Nick O'Leary (Jaguars) agreed to terms with the Las Vegas Raiders Saturday, March 21. Terms of the contract were not disclosed.