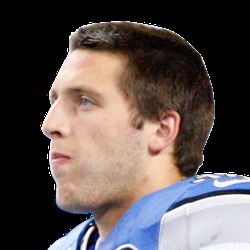 Miami Dolphins RB Kalen Ballage (leg) was placed on the Reserve/Injured list Tuesday, Dec. 3. Free-agent RB Zach Zenner (Cardinals) was claimed off waivers to replace him on the roster.

Arizona Cardinals RB Zach Zenner caught one pass for 13 yards against the New Orleans Saints in Week 9. He also rushed for zero yards on one carry.

Fantasy Spin: Zenner did not receive much playing time this week but may be the starting running back in Week 9 because of the injuries to David Johnson and Chase Edmonds. Fantasy players will know more about Zenner's role in the next few days. He will be facing a tough opponent next week but could be a flex option in some deeper standard leagues.

Free-agent RB Zach Zenner (Lions) agreed to terms with the New Orleans Saints Wednesday, Oct. 16, according to a source. Terms of the contract were not disclosed.