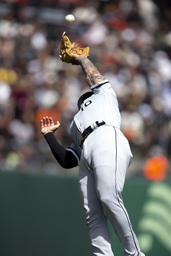 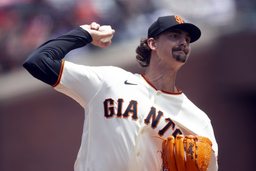 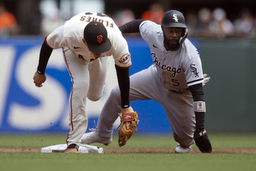 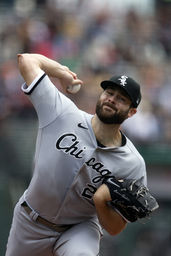 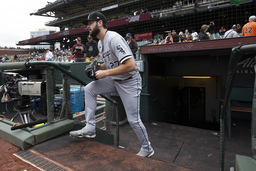 The White Sox had a game of threes of sorts: Selby Zavala had three hits and three RBIs, Gavin Sheets drove in three and Leury Garcia added three hits. Chicago is now 7-1 all-time at Oracle Park.

''To come out today after we won the series and put that kind of effort into it shows you how special these guys are,'' White Sox manager Tony La Russa said. ''It starts with Gio. He was mowing them down at the beginning. He had periods where he showed how special he was.''

Joc Pederson had two hits, including an RBI double, for San Francisco, which began the day a season-high 8 1/2 games out of first place. The Giants have lost 10 of 13.

Giolito's best start in more than a month enabled La Russa to rest his weary bullpen that has been without closer Liam Hendriks since June 14. The right-hander fanned the Giants' first four batters (three swinging), walked Wilmer Flores with one out in the second, then struck out the next three.

Giolito (5-4) pitched out of a two-out, two-on jam in the fourth, then set down the final three batters in the sixth after Pederson's RBI double.

''I felt this was probably the best my changeup's been in a little while,'' Giolito said. ''We were able to work relatively efficiently. A little bit too many deep counts but overall got a really nice lead, offense was doing their thing and the defense behind me was outstanding.''

Chicago took a 2-0 lead when Luis Robert blooped a broken-bat single to right off Sean Hjelle (0-1) in the third.

Zavala's RBI single in the fourth made it 3-0, and the White Sox loaded the bases to open the fifth. Sheets then lined a 2-2 pitch to left-center to clear the bases.

Hjelle, the Giants' 6-foot-11 reliever who joins Jon Rauch as the tallest players in major league history, allowed eight hits and six runs - four of them earned - in two innings.

Giants backup catcher Austin Wynns started the game behind the plate and ended it on the mound as a pitcher. Wynns threw 16 pitches and allowed two hits and two runs. . The White Sox also swept the Giants at Oracle Park in 2008. . San Francisco has scored nine runs in the last 39 innings.

Third baseman Yoan Moncada made a twisting, falling grab of Brandon Belt's high pop-up in the fourth inning. Second baseman Josh Harrison followed with an over-the-shoulder catch to rob Evan Longoria of a hit in the sixth.

La Russa said the plays were critical because of their timing. Harrison grinned when asked about Moncada's play.

''It happened to be one of the random times during the game that the sun kind of poked out,'' Harrison said. ''I know it was tough to see because (Andrew) Vaughn caught a ball in the seventh inning that I ran from like the second base side that I didn't see. You have to fight the sun and that's what (Moncada) did.''

White Sox: OF Adam Engel (right hamstring strain) and C Yasmani Grandal (back spasms) ran the bases before the game.

Giants: RHP Anthony DeSclafani will have right ankle surgery next week, likely ending his season. Manager Gabe Kapler is hopeful DeSclafani will return for the start of 2023. . IF Thairo Estrada was placed on the COVID-19 list with symptoms but has not tested positive.