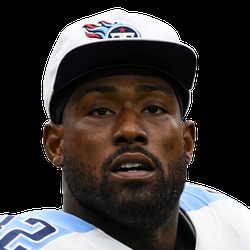 Free-agent TE Delanie Walker (Titans) has been part of 'soft talks' for the San Francisco 49ers, sources told Matt Barrows of The Athletic.

Free-agent TE Delanie Walker (Titans) is receiving interest from the Washington Redskins, Indianapolis Colts and Green Bay Packers, according to a source.

Fantasy Spin: Walker has been a solid fantasy tight end during most of his career but has been limited to eight games over the last two seasons because of injuries. He probably would be starting for the Redskins and Packers but may only be a No. 2 fantasy tight end.

The Tennessee Titans released tight end Delanie Walker on Friday. This doesn't come as a huge surprise, as the 35-year-old has played in a combined eight games the last two seasons for the Titans due to injuries. The three-time Pro Bowler could still offer something to an organization, but it remains to be seen if he'll continue his playing career. With Walker out of the picture in Tennessee, Jonnu Smith is now the unquestioned top pass-catching tight end, which will give him some modest TE1 appeal going into 2020. The Titans continue to shed the fat in order to give them more salary cap space so that they can re-sign both quarterback Ryan Tannehill and running back Derrick Henry.

Fantasy Spin: Once a TE1, Walker is coming off back-to-back injured-plagued seasons in which he's caught only 25 passes in eight total games.