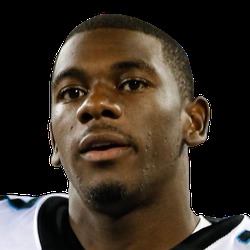 Fantasy Spin: Signed as a free agent this offseason, Funchess was the team's lone addition to the passing game. Allen Lazard and Marquez Valdes-Scantling will remain the top two options behind No. 1 WR Davante Adams. Lazard is worth little more than a late-round flier.

The Green Bay Packers agreed to an undisclosed deal with wide receiver Devin Funchess on Tuesday, according to sources. Funchess made it less than a full game in his only season with the Colts in 2019 when he suffered a clavicle injury in the season opener against the Chargers. He'll bring a big frame as a weapon for quarterback Aaron Rodgers in the passing game, but the Packers are fully expected to address the position in the draft as well. Funchess was a second-round pick of the Panthers in 2015 and has 164 catches for 2,265 yards and 21 touchdowns in his career. He'll add depth behind Davante Adams and will have to compete with Marquez Valdes-Scantling, Jake Kumerow and Allen Lazard for playing time.

Unrestricted free-agent WR Devin Funchess (Colts) is expected to sign an undisclosed contract with the Green Bay Packers, according to sources.

Fantasy Spin: A broken clavicle derailed any chance of a decent season for Funchess in his lone year with the Indianapolis Colts. There will be a big upgrade at quarterback after going from Jacoby Brissett to Aaron Rodgers. However, Green Bay will remain committed to the run, so expectations should be held in check, as if they weren't already for the plodding, big-bodied former Carolina Panther. Funchess has limited appeal in any setting, mostly because of his size, and he could emerge as a presence in the red zone. Draft him as nothing more than a late-round flier.