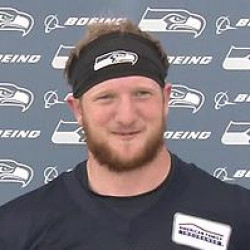 Seattle Seahawks tight end Will Dissly (Achilles), who is coming off a torn Achilles that ended his 2019 season prematurely, is expected to be ready for Week 1. Dissly was on the fantasy map as a TE1 with 23 catches for 262 yards and four touchdowns in six games before his injury, but he's played in just 10 games in his two seasons with Seattle because of injuries. On top of that, the Seahawks signed veteran Greg Olsen on Wednesday. Olsen and Dissly could form a strong one-two punch at tight end in 2020, but Dissly is unlikely to be a consistent fantasy performer unless Olsen misses time with an injury, which is entirely possible.