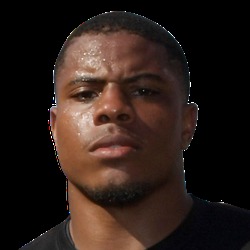 The Kansas City Chiefs have released running back DeAndre Washington. A former college teammate of quarterback Patrick Mahomes, Washington wasn't able to impress enough in camp to earn a spot in a backfield that has a lot of question marks behind rookie Clyde Edwards-Helaire. Darrel Williams enters 2020 as the primary backup here and is a solid late-round fantasy pick, while Washington isn't rosterable in redraft leagues at this point. He could still and somewhere, but it's hard to see him in a better spot than he could have been in Kansas City.

The Kansas City Chiefs have officially signed free-agent RB DeAndre Washington (Raiders). Terms of the deal were not disclosed.

The Kansas City Chiefs agreed to an undisclosed one-year deal with running back DeAndre Washington on Wednesday, according to a source. Washington was drafted in the fifth round by the Raiders back in 2016 and has rushed the ball 282 times for 1,122 yards (4.0 yards per carry) and seven touchdowns in his four years in the NFL. He's also added 88 catches on 110 targets for 613 yards and another score in 55 career games (five starts). The 27-year-old had 108 rushing attempts for 387 yards and three touchdowns in 16 games last year (three starts). He'll provide depth for the Chiefs backfield behind Damien Williams while also competing for touches with Darwin Thompson and Darrel Williams. He finds himself in an even more crowded backfield, meaning that it's unlikely Washington will yield any fantasy help.

Free-agent RB DeAndre Washington (Raiders) agreed to terms on one-year contract with the Kansas City Chiefs Wednesday, April 8, according to a source. Financial terms were not disclosed.