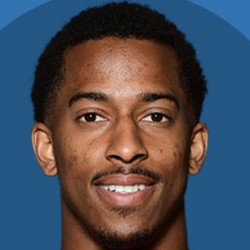 Detroit Lions head coach Dan Campbell praised wide receiver Trinity Benson during minicamp as one of the players who is "having a hell of a spring." Benson has learned the team's playbook and elevated his confidence by adding speed to his skill set. The 25-year-old will still have to fight for a roster spot in training camp this summer alongside names like Kalif Raymond, Tom Kennedy and rookies Corey Sutton, Kalil Pimpleton and Josh Johnson. The Lions also signed DJ Chark Jr. in free agency and drafted Jameson Williams in the first round, so Benson will most likely be buried on the depth chart if he makes the team. Benson will probably need to stand out on special teams in order to make the 53-man roster.