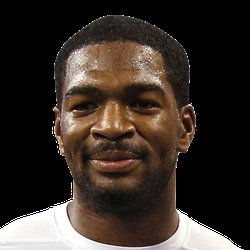 Las Vegas Raiders QB Derek Carr threw for a career-high 4,054 yards in 2019. Of that total, 53.9 percent came after the catch - the second-highest percentage in the league - per Pro Football Focus. Indianapolis Colts QB Jacoby Brissett finished third at 51.3 percent, while Green Bay Packers QB Aaron Rodgers was fourth at 50.9.

Indianapolis Colts head coach Frank Reich said that quarterback Jacoby Brissett is taking his demotion to the backup role in stride this offseason. "He wants to do what's right for the team. And he knows. He and I have had multiple conversations about that. Jacoby doesn't need me to tell him what to do. He knows what to do," Reich said. The Colts signed veteran QB Philip Rivers in free agency, bumping Brissett down to No. 2 on the depth chart. Rivers hasn't missed a start due to injury in his career after taking over full time for the Chargers in 2006. Brissett showed flashes as the full-time starter last year, but injury issues and a weak receiving unit kept his upside to a minimum. There's a good chance he doesn't see the field much, if at all, in 2020.