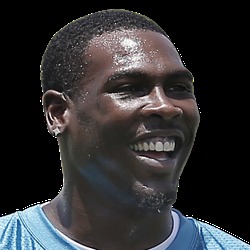 New England Patriots WR Marqise Lee has opted out of the 2020 season.

New England Patriots wide receiver Marqise Lee says that he's ready to get back on the field and play in 2020. Lee missed all of the 2018 season and played in just six games last season with the Jacksonville Jaguars. The 28-year-old suffered a season-ending shoulder injury that landed him on the injured reserve. "I feel like I haven't played in the last couple years. I'm just ready to get at it," says Lee. He just wants to get back on the field and contribute for his team. "I'm the type of person, just try to get everything in which the team needs me to do," Lee said. The Patriots have some options at wide receiver, but Lee could sneak his way into significant playing time, assuming he's able to stay healthy. Fantasy owners shouldn't put too much stock in a player that has played six games in two years.

New England Patriots head coach Bill Belichick expects his group of wide receivers to be 'very competitive' in 2020. 'I'm sure all our young players will improve in Year 2. Got a first-round pick on N'Keal [Harry] last year. Second-round pick on Mohamed [Sanu] -- that was really off this draft. Obviously have Julian [Edelman] and a number of other young players,' Belichick said. Julian Edelman, N'Keal Harry and Mohamed Sanu sit atop the team's depth chart entering the summer. The team also added WR Damiere Byrd during the offseason and return 2019 undrafted free agents Jakobi Meyers and Gunner Olszewski in addition to practice-squad receivers Devin Ross and Quincy Adeboyejo. Veteran WR Marqise Lee (Jaguars) also agreed to a one-year deal recently.

The 29-year-old free agent wide receiver Marqise Lee has agreed to a one-year deal with the New England Patriots. Lee posted two back-to-back strong campaigns before missing all of the 2018 season with a torn ACL. He played in only six games for the Jacksonville Jaguars last season, but is solid depth for the Pats. New England has Julian Edelman, Mohamed Sanu and N'Keal Harry, so Lee will be fighting for his position on the depth chart in training camp.

The Jacksonville Jaguars are releasing wide receiver Marqise Lee on Monday, according to a source. Lee, who missed all of the 2018 season with a torn ACL, is fully healthy and completely cleared medically. Jacksonville's receivers are now D.J. Chark, Dede Westbrook, Keelan Cole and Chris Conley, and they have a chance to select a wideout with a prime pick in the first round of this week's draft as well. Lee was due $7 million in 2020 in salary and per-game roster bonuses and played in just six games (one start) in 2019 for the Jaguars. The former second-round pick in 2014 should latch on elsewhere but can be ignored in most fantasy leagues as he attempts a comeback.

Jacksonville Jaguars WR Marqise Lee was released Monday, April 20, according to a source.

Fantasy Spin: Lee played only six games this past season and finished with three receptions and 18 yards. He probably will find a new team this offseason but can be avoided in fantasy leagues.