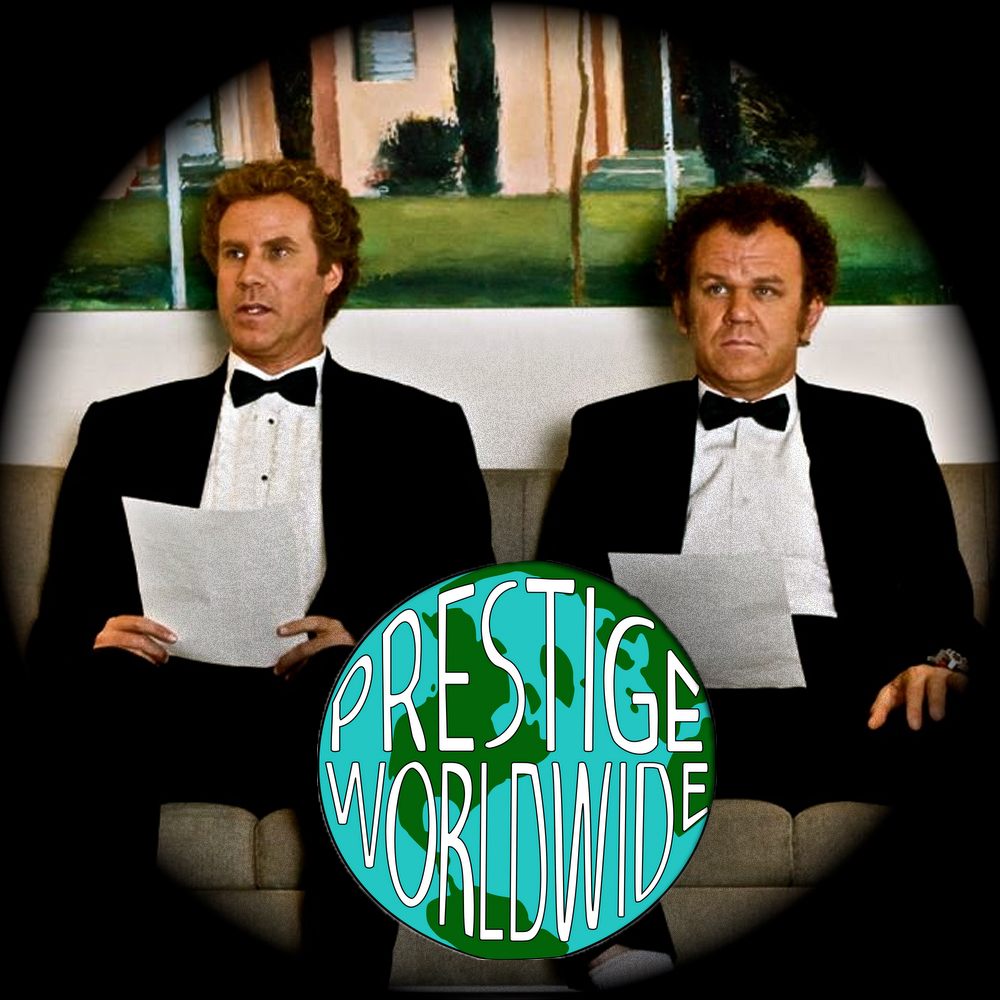 Fantasy Spin: Waller was a breakout fantasy player this season and should be a main option in the passing game again next season. He can be considered a No. 1 tight end in all leagues in 2020.

Oakland Raiders tight end Darren Waller (thumb) underwent surgery on his thumb on Monday. Waller should be fine for training camp next summer. A popular sleeper candidate at the shallowest position in fantasy football, Waller didn't disappoint those that took a chance on him in fantasy drafts. He caught 90 passes on 117 targets for 1,145 yards and three touchdowns in his first full season in the NFL. The 27-year-old should continue to be quarterback Derek Carr's No. 1 weapon through the air, making him a high-end fantasy TE1 for the 2020 season.

Fantasy Spin: Waller finished the season with 90 receptions, 1,145 yards and three touchdowns. He may miss some offseason workouts because of the surgery but should be ready for training camp. He will be a solid No. 1 tight end in fantasy leagues next season.

Oakland Raiders tight end Darren Waller had a strong finish to his breakout campaign in the team's 16-15 loss to the Broncos on Sunday. He caught six of his team-high 10 targets for 107 scoreless yards, easily finishing the year as the team's top pass-catcher. Waller ended the campaign second at the position in receiving yards (1,145) and receptions (90), but was only able to find the end zone three times in the team's run-first offense. The 27-year-old will be a top-five tight end in drafts next season as he'll likely retain his high-volume role as the team moves it's home to Las Vegas.

Oakland Raiders tight end Darren Waller has a good matchup versus the Broncos this Sunday to close out his 2019 breakout campaign. The 27-year-old put up a sterling 7/70/0 line versus Denver in Week 1, and should see the majority of the team's passing volume once again in this road contest. Waller has led the team in targets in nearly every game this season and will face a defense that has allowed the seventh-most receiving yards to the position this season (57.5 YPG). He's only found paydirt three times this season, but his high-volume usage locks him in as a TE1 for Week 17.

Oakland Raiders TE Darren Waller caught all four of his targets for 37 yards in a 24-17 win over the Los Angeles Chargers in Week 16.

Fantasy Spin: It was the second-lowest receiving total of the season for Waller, and it came at a horrible time for fantasy owners playing for titles. Still, it is tough to complain too much about a season that saw Waller top 1,000 yards.

Oakland Raiders tight end Darren Waller will look to extend his hot streak this Sunday in a road matchup against the Los Angeles Chargers. The 26-year-old has seen a heavy dosage of volume over the last three weeks, catching 21 of 25 passes for 294 yards, becoming the second tight end to eclipse 1,000 yards this season. Waller was held in check last time out versus the Chargers in Week 10 with just three catches for 40 yards, but he should see more volume in this game with the Raiders expected to play from behind. The Chargers have also surrendered three touchdowns over the previous four games at the position which bodes well for the 6'6" pass-catcher. His high-volume usage inserts him as a mid-range TE1 this week, with room for growth if he can snap his seven-game scoreless streak.

Oakland Raiders TE Darren Waller caught eight of his 10 targets for 122 yards in a 20-16 loss to the Jacksonville Jaguars in Week 15, surpassing the 1,000-yard mark for the year.

Fantasy Spin: Waller has just three touchdowns this year, but he has topped 70 yards in four of his last five games and is up to 80 catches and 1,001 yards. He's become a must-start TE1 in his fourth season in the league.

Oakland Raiders tight end Darren Waller caught eight of 10 targets for 122 yards in the team's 20-16 home loss to the Jaguars on Sunday. The 26-year-old dominated looks from Derek Carr once again, with five players finishing with three targets for the next most volume on the team. Waller now has 1,001 yards on 80 receptions during his breakout campaign, but has only found the end zone three times. His high-volume usage keeps him planted as a TE1, and should be treated as much versus the Chargers in Week 16.

Oakland Raiders tight end Darren Waller has put together back-to-back productive games after a disappointing month and a half. He's caught 13 of 15 targets for 172 yards in the two-game sample, proving to be the only fantasy relevant pass-catcher on the offense. The Jaguars are a middle of the pack defense versus the position, but did give up two touchdowns to the Chargers last week. The Raiders, however, are expected to attack on the ground and play with a comfortable lead for the final home game ever in Oakland. This could affect Waller's volume, but his high-target share keeps him in the TE1 discussion.

Oakland Raiders tight end Darren Waller picked up a team-high 73 receiving yards as the team fell 42-21 to the Titans in Week 14. He finished tied with Deandre Washington for six receptions, proving to be Derek Carr's most reliable pass-catcher once again. Waller nearly found the end zone in the second quarter but came up two yards short of the goal line. The drive ultimately ended in Foster Moreau catching a one-yard TD pass, but that was the final time the Raiders hit paydirt. The offense struggled to move the ball in the second half, which impacted Waller, but it was good to see him involved regardless. Treat the 26-year-old as a mid-range TE1 versus the Jaguars in Week 15.

Oakland Raiders tight end Darren Waller broke out of a five-game drought in Week 13, recording his first 100-game since Week 7. He'll have a good opportunity to repeat his seven-catch performance from last week versus a Titans Defense that has allowed the seventh-most points to the TE position this season. They were burned by Jack Doyle (6/73/1) and Travis Kelce (7/75/1) in recent weeks, while Waller has remained the favored target of Derek Carr all season long. With Josh Jacobs questionable for Sunday's game, the offense may need to rely on the air attack to win this game, which would be excellent news for Waller owners. Treat the 26-year-old as a high-volume TE1 for Week 14.

Oakland Raiders TE Darren Waller caught seven of his nine targets for 100 yards in Week 13 against the Kansas City Chiefs.

Fantasy Spin: The Raiders have a disturbing tendency to wait too long before getting Waller involved and love to throw touchdowns to every other tight end on the roster besides him, but it's hard to complain about what he does when he gets his opportunities. Waller was also a bigger part of the passing game than usual with slot man Hunter Renfrow out of action. The 27-year-old breakout star is on pace for more than 80 catches and 1,000 yards receiving, and he'll be a solid TE1 again in Week 14 versus the Tennessee Titans.

Oakland Raiders tight end Darren Waller benefited from the team playing from behind for most of the game as he caught a team-high seven receptions for 100 yards. It was the first time the 26-year-old reached triple-digit yards since Week 7, which was also the last time he caught more than five passes. Waller was the clear-cut favorite in the passing game Sunday as his nine targets were followed next by Tyrell Williams' four. Waller has struggled statistically over the last handful of weeks, so it was good to see him return to fantasy relevance despite half of his production coming in garbage time. He'll be a mid-range TE1 versus the Titans in Week 14.

Oakland Raiders tight end Darren Waller has let fantasy managers down over the past month, but he has a good matchup in Week 13 to help right the ship. He'll square off against a Chiefs passing defense that has allowed the sixth-most points to the position so far this season, including two TDs against in their last three contests. Waller put up a respectable 6/63/0 line when they met in Week 2 in a game where Derek Carr struggled to keep the offense moving. The Silver and Black should have more success in this one with the divisional title in their sights, and they'll need Waller to contribute. The 26-year-old has remained the top target in the passing game even through this cold streak, and can still be treated as a TE1 for this Sunday.

Oakland Raiders tight end Darren Waller had another underwhelming outing in the team's 34-3 blowout loss to the Jets on Sunday. He caught three of his six targets for 41 yards, marking his fourth straight game without a touchdown. After signing a multi-year contract extension with the team last month, Waller hasn't put up TE1 numbers and is starting to cede more targets to Hunter Renfrow and Tyrell Williams. He'll face a Chiefs Defense next week in which he went 6/63/0 against way back in Week 2. Treat him as a low-end TE1 option next Sunday as he looks to get back to his highly productive self from earlier this season.

Oakland Raiders TE Darren Waller ended up with three receptions for 41 yards on six targets in Week 12 against the New York Jets.

Fantasy Spin: Waller has been a TE1 for most of the season, but this game was a disappointment. It was ugly all around for the Raiders offense in this one. He and the Raiders will look to bounce back on the road against the leaky pass defense of the Chiefs in Kansas City in Week 13.

Oakland Raiders tight end Darren Waller has underwhelmed in recent weeks after a scorching start to the 2019 season, but he will look to rebound in Week 12. After averaging over seven catches and 80 yards a game through his first six contests, he's averaged just 3/45 in his four games since. The 26-year-old has still led the team in targets (22) in this span, so owners shouldn't hesitate to put him into lineups this week. Waller be a low-end TE1 versus a Jets Defense that's been surprisingly stingy versus the position in 2019.

Oakland Raiders TE Darren Waller hauled in five of his team-high seven targets for 78 yards in Week 11 against the Cincinnati Bengals. He also lost two yards on an end-around.

Fantasy Spin: Although it's hard for owners to be too upset with Waller considering the return on investment they've already realized, he had not topped three catches or 52 yards in three straight before this outburst. The breakout star is not exactly the blame, however, as the Raiders typically enjoyed positive game script and become run-heavy over that stretch. With tight end being the black hole it is in fantasy, owners should feel good about continuing to start him moving forward, including Week 12 against the New York Jets.