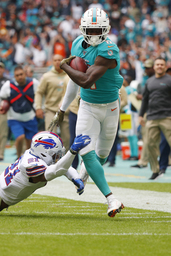 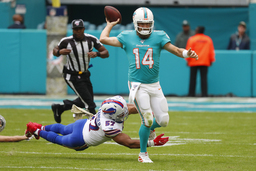 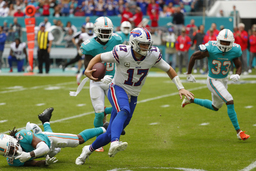 Buffalo Bills quarterback Josh Allen (17) scrambles for yards, during the first half at an NFL football game against the Miami Dolphins, Sunday, Nov. 17, 2019, in Miami Gardens, Fla. (AP Photo/Wilfredo Lee) 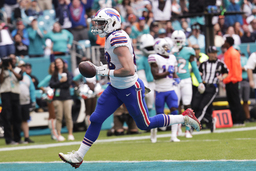 Buffalo Bills tight end Dawson Knox (88) runs for a touchdown, during the first half at an NFL football game against the Miami Dolphins, Sunday, Nov. 17, 2019, in Miami Gardens, Fla. (AP Photo/Lynne Sladky)

MIAMI GARDENS, Fla. (AP) Josh Allen tied a career high with three touchdown passes and ran for another score Sunday to help the Buffalo Bills complete a season sweep of the Miami Dolphins by winning 37-20.

Allen's TD tosses covered 40 and 9 yards to John Brown, and 23 yards to Dawson Knox. Allen also scored on an 8-yard run, and he had a 36-yard run to set up a field goal.

Miami couldn't keep up against Buffalo's smothering defense. The Bills totaled a season-high seven sacks and allowed only 23 yards rushing.

The victory gave the Bills (7-3) their best 10-game record since 1999, but they won for only the second time in the past four games.

Miami (2-8) lost to Buffalo for the fourth time in the past five meetings.

Allen went 21 for 33 for 256 yards without a sack or turnover, and his passer rating of 117.7 was a career high. He extended his streak of passes without an interception to 163.

Brown finished with nine receptions for 137 yards, both season highs. The Bills netted a season-best 424 yards, and their point total was also a season high.

The Bills scored on their first four possessions to take a 16-0 lead, and at that point they enjoyed a 211-24 advantage in total yards.

Jakeem Grant scored for the Dolphins on a 101-yard kickoff return - his fourth career kick or punt return for a score. Grant also scored on a 7-yard run on a jet sweep.

DeVante Parker set up Miami's first touchdown by turning a short pass into a 50-yard gain.

The gamble worked but didn't pay off when Dolphins rookie coach Brian Flores tried an onside kick late in the second quarter after his team scored to trail 16-7.

Kicker Jason Sanders recovered. But on the next play, receiver Allen Hurns lost a fumble at the Buffalo 25.

Bills: T Ty Nsekhe (right ankle) was carted off the field in the third quarter. ... S Siran Neal (concussion) sat out the second half.

The Bills play host to the Broncos next Sunday. Denver hasn't won in Buffalo since 2007.

Next Sunday the Dolphins will play at Cleveland for the first time since 2013.

Green Bay Packers tight end Jimmy Graham gets a tough matchup against the San Francisco 49ers in the NFC Championship game. Graham has back-to-back 49-year receiving performances, but those games came against teams that struggle to defend the tight end position. The 49ers are not one of those teams. They allowed the sixth-fewest fantasy points to tight ends all season and were the league's stingiest pass defense. Maybe Graham makes a play in the red zone. Still, he's a cheaper DFS play but by no means a comfortable one.

Green Bay Packers wide receiver Geronimo Allison (illness) is trending in the right direction to play in the NFC Championship game this weekend against the San Francisco 49ers. Even if available, Allison isn't an option in any fantasy format. The 25-year-old hasn't caught more than four passes in a game this season. It sure doesn't seem like he'll eclipse that mark against the league's best defense with a trip to the Super Bowl on the line. 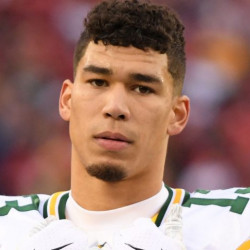 Green Bay Packers wide receiver Allen Lazard (ankle) is currently questionable for the NFC Championship game against the San Francisco 49ers. There's certainly a risk for injury, considering he re-aggravated the ankle in last week's playoff game. Still, it's hard to ignore the two-game stretch Lazard had to end the season, where he saw 17 targets. That alone makes him worth a gamble, particularly in a must-win game for a Packers team in desperate need of another threat at receiver. Just beware, the matchup isn't ideal. The 49ers allowed only 172 passing yards to the Vikings last week.

Green Bay Packers wide receiver Davante Adams gets a tough matchup against the San Francisco 49ers in the NFC Championship game this weekend. Adams produced only 43 receiving yards and a score against San Francisco in the regular season but still had 12 targets. The star receiver has seen double-digit targets in nine of 13 games played this year. There's not many receivers that you can virtually pencil in for double-digit targets- but Adams is one of them. If fellow receivers Geronimo Allison (illness) and Allen Lazard (ankle) suit up, they may be limited. Adams could be looking at more work than usual, even in a matchup this difficult.

The San Francisco 49ers Defense enter Championship weekend as the highest-priced fantasy defense. The Niners face the Green Bay Packers, who they demolished 37-8 in Week 12. In that previous contest, the Niners relentlessly harassed future Hall of Famer quarterback Aaron Rodgers, dropping him five times and forcing a fumble. The Packers were a meager one for 15 on third down conversions. The 49ers will need to follow that blueprint again in the critical NFC Championship to emerge victorious. With a higher-intensity contest expected, it could be difficult to splurge on a defense in fantasy compared to other addressable positions.

San Francisco 49ers wide receivers Deebo Samuel and Emmanuel Sanders both offer solid fantasy value in the NFC Championship against the Green Bay Packers. Both players were limited to under 45 yards apiece in last weekends Divisional Round blowout but were featured early on when the game was still in question. The rookie Samuel has emerged as a consistent dual threat in the latter half of 2019 and is likelier the safer floor. Sanders, the savvy vet has proven himself as a reliable chain-mover with big-play potential. Against the Packers 10th-best pass defense by DVOA, either option seem primed to pop in Sundays winner-take-all battle. 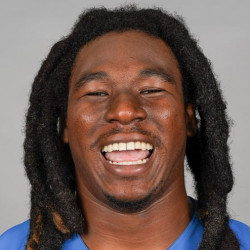 Green Bay Packers running back Jamaal Williams will face off with the San Francisco 49ers in the NFC Championship game this weekend. Williams has been playing second fiddle to Aaron Jones quite a lot recently, as he hasn't seen double-digit carries since Week 13 against the Giants. It's worth noting that Williams played a large role in the regular-season game against the 49ers, which saw him rack up 18 touches. Green Bay very well could utilize Williams in spurts to keep San Francisco guessing, though his recent downtrend in usage makes him hard to trust.

San Francisco 49ers quarterback Jimmy Garoppolo is a reasonable DFS bet for Sundays NFC Championship matchup against the Green Bay Packers. Priced as the third-best quarterback, Jimmy G squares off against a strong Packers defensive line that ranked 12th-best in adjusted sack rate during the regular season. Garoppolo was not pressed into service in the Divisional Round blowout win, but will likely be tasked with a tougher test on Sunday. While the Niners have mostly ridden its dominant running game throughout the year, Garoppolo has answered the bell in multiple occasions with three four-touchdown games. With dangerous weapons surrounding him, Garoppolo shouldnt be ruled out in the biggest game of his career to-date.

Green Bay Packers running back Aaron Jones will take on the San Francisco 49ers in the NFC Championship game this weekend. The 49ers Defense held Jones to just 38 rushing yards in their regular-season meeting. However, the star back has been playing some seriously good football in his last five games, with 501 rushing yards and seven rushing touchdowns. He's also had 20-plus carries in three straight contests. Expect Green Bay to utilize Jones early and often in screens and runs to combat the 49ers mighty pass rush. Even if Jones doesn't pile up over 100 yards, his propensity to find the end zone and role in the passing game make him a safer play this weekend. 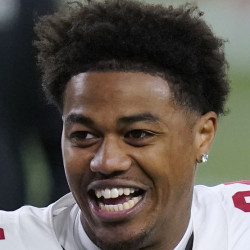 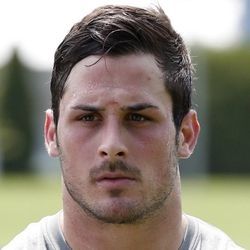 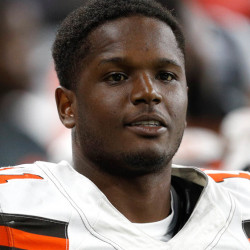 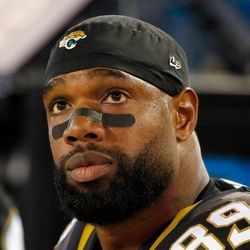