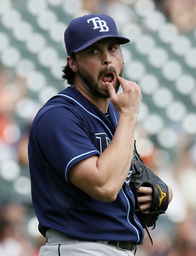 Gomes had been an assistant GM with the team since 2019. The Dodgers last had a GM in 2018, when Farhan Zaidi quit that November to join the rival San Francisco Giants.

In his new role, Gomes will continue working closely with Andrew Friedman, president of baseball operations, as he has since being promoted to director of player development in 2017. Gomes was named assistant GM in 2019.

The 37-year-old former pitcher first joined the team in 2016 as coordinator of pitching performance. He pitched for San Diego, Tampa Bay and the Chicago Cubs from 2007-16. He was first acquired by Friedman in 2011 when Friedman was working for the Rays.

The Dodgers went 106-56 last season and finished second in the NL West to the Giants, who won 107 games. The Dodgers lost in the National League Championship Series to Atlanta.

The Dodgers made other moves Tuesday.